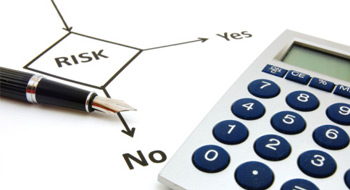 In the newscast for July 12, we brought back the issue of correspondent banking and we spoke with Foreign Affairs Minister, Wilfred Elrington who recently returned from a CARICOM session in Guyana where the matter formed a part of the meetings’ agenda.  Minister Elrington has conceded that not much progress has been made in getting the US Banks to restore relations with Belize or with the banks in the Caribbean.

Reuters News Agency also highlighted the current challenges being faced by Belizeans living here and abroad when it comes to sending money via wire transfers or other forms.  A very extensive article was also published by The Fiscal Times with a keen look at the business sector of Belize and how transactions are being conducted subsequent to the de-risking movement.

The entire movement began unfolding in 2008 with a financial crisis that brought to light many financial indiscretions in the banking sector and with that came the attack on financial fraud.  That attack saw banks being fined for being used by Mexican cartels for the facilitation of money laundering with no due diligence being done.  HSBC, a British-based multinational bank was fined two billion dollars for being used by cartels to launder drug money; meanwhile, BNP Paribas, a French multinational bank was fined nine billion dollars in 2014 in order to resolve accusations that it had violated US sanctions against Sudan, Cuba and Iran.  The fines are steep and with that the banks began withdrawing their relations with other banks, particularly in the Caribbean.

Tonight, we continue with the publication by The Fiscal Times in which several Belizean businessmen were interviewed.  The article quoted Lynn Young, Chief Executive Officer for the Canadian owned Belize Electric Company Limited as saying that quite a few of their suppliers are kinda freaking out  as the company has not been able to make large payments to vendors abroad since February.  Meanwhile, the Managing Director for Benny’s Home Centre, Brett Feinstein was noted as saying that he has been forced to turn away new lines of revenue.  He says, one customer wanted Benny’s to import an excavator valued at one hundred and fifty thousand dollars but he declined, saying quote, “If I divert the U.S. dollars to that business, it might affect my day-to-day, bread-and-butter business.”  End of quote.

Belize, among other Caribbean nations, is on the US State Department’s 2016 list of countries that present a primary concern when it comes to money laundering; this, coupled with the Panama Papers in which more than one hundred offshore companies in Belize were named in those documents, there has been a renewed focus on the Caribbean region when it comes to attacking financial indiscretions.  According to a World Bank Survey done in 2015, the Caribbean appears to be the worst hit of all the regions since the profits we offer are on a very small scale compared to the possible fines that the US and European banks could face.  The Fiscal Times quoted Belize’s Central Bank Governor, Glenford Ysaguirre, as saying, quote, “We were told by one large bank that if your bank does not have about two billion dollars in assets, it is not feasible for us to do business with you.” Interestingly, the International Monetary Fund reported that Belize’s entire financial system has assets amounting to less than three billion dollars.  Former President of the Belize Chamber of Commerce and Industry, Arturo Vasquez was also contacted and as it relates to the local financial system and the country’s due diligence, Vasquez reportedly stated, quote, “Uncle Sam wants Belize to make a big arrest, and we have not been able to do that.” End of quote.

With Belize being unable to do that, the State Department has concluded that the Belize Government, quote, “continues to encourage offshore financial activities that are vulnerable to money laundering and terrorist financing.”  End of quote. But, the Caribbean Financial Action Task Force, a regional body focused on money laundering and terrorist finance has noted in 2015 that Belize is making significant progress in addressing the problems in its anti-money laundering regulations, citing evidence of Belize’s commitment to deal with the deficiencies.  Belize Bank was the first to be hit on November 20, 2014 when they received a 2-page letter ending its thirty five year relationship with the Bank of America.  The bank had originally given Belize Bank until January 2015 before the account would be closed, but agreed to an extension until the end of April. Shortly after, Bank of America dropped two other Belizean banks.  Citibank ended its relationship with Belize’s Central Bank in June 2016, although the Central Bank still has correspondent relationships with other U.S. banks.

A recent IMF report had indicated that across five Caribbean countries, at least 16 banks had lost all or some of their correspondent banking relationships as at May.  Meanwhile, Moody’s Rating Service made a prediction in February 2016 that by the middle of the year Belize’s banking system was likely to lose correspondent and credit card settlement services.  Moody also warned that Belize could face significant disruptions to tourism, trade and foreign investment after losing its banking links. About 60 percent of tourist spending in Belize involves credit card transactions settled by correspondent banks.  As we have told you, the Caribbean Community member states have come together to try to have some normalcy restored to the banking sector whilst looking at the idea of banding together to establish a commercial bank in the United States that would serve their diaspora and provide correspondent banking in the region.