Valentine’s Day occurs every February 14. On this day, Belizeans flock the supermarkets and gift stores for candy, flowers, and gifts to give to their loved ones, all in the name of St. Valentine. But who is this mysterious saint and where did these traditions come from? Find out about the history of Valentine’s Day, from the ancient Roman ritual of Lupercalia that welcomed spring to the card-giving customs of Victorian England.

The Legend of St. Valentine

The history of Valentine’s Day–and the story of its patron saint–is shrouded in mystery. We do know that February has long been celebrated as a month of romance and that St. Valentine’s Day, as we know it today, contains vestiges of both Christian and ancient Roman tradition. But who was Saint Valentine, and how did he become associated with this ancient rite? 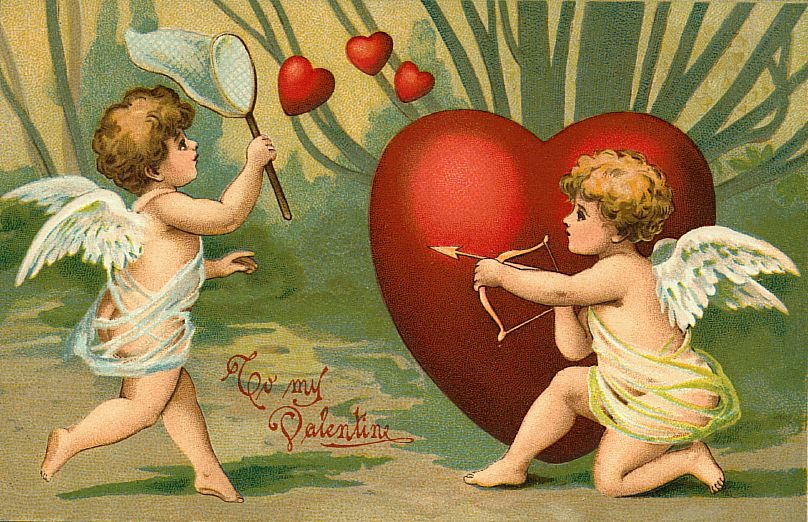 The Catholic Church recognizes at least three different saints named Valentine or Valentinus, all of whom were martyred. One legend contends that Valentine was a priest who served during the third century in Rome. When Emperor Claudius II decided that single men made better soldiers than those with wives and families, he outlawed marriage for young men. Valentine, realizing the injustice of the decree, defied Claudius and continued to perform marriages for young lovers in secret. When Valentine’s actions were discovered, Claudius ordered that he be put to death. Still, others insist that it was Saint Valentine of Terni, a bishop, who was the true namesake of the holiday. He, too, was beheaded by Claudius II outside Rome.

Other stories suggest that Valentine may have been killed for attempting to help Christians escape harsh Roman prisons, where they were often beaten and tortured. According to one legend, an imprisoned Valentine actually sent the first “valentine” greeting himself after he fell in love with a young girl–possibly his jailor’s daughter–who visited him during his confinement. Before his death, it is alleged that he wrote her a letter signed “From your Valentine,” an expression that is still in use today. Although the truth behind the Valentine legends is murky, the stories all emphasize his appeal as a sympathetic, heroic and–most importantly–romantic figure. By the Middle Ages[1], perhaps thanks to this reputation, Valentine would become one of the most popular saints in England and France.

Origins of Valentine’s Day: A Pagan Festival in February 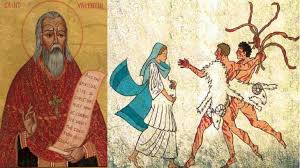 While some believe that Valentine’s Day is celebrated in the middle of February to commemorate the anniversary of Valentine’s death or burial–which probably occurred around A.D. 270–others claim that the Christian church may have decided to place St. Valentine’s feast day in the middle of February in an effort to “Christianize” the pagan celebration of Lupercalia[2]. Celebrated at the ides of February, or February 15, Lupercalia was a fertility festival dedicated to Faunus, the Roman god of agriculture, as well as to the Roman founders Romulus and Remus.

To begin the festival, members of the Luperci, an order of Roman priests, would gather at a sacred cave where the infants Romulus and Remus, the founders of Rome, were believed to have been cared for by a she-wolf or Lupa. The priests would sacrifice a goat, for fertility, and a dog, for purification. They would then strip the goat’s hide into strips, dip them into the sacrificial blood and take to the streets, gently slapping both women and crop fields with the goat hide. Far from being fearful, Roman women welcomed the touch of the hides because it was believed to make them more fertile in the coming year. Later in the day, according to legend, all the young women in the city would place their names in a big urn. The city’s bachelors would each choose a name and become paired for the year with his chosen woman. These matches often ended in marriage.

Valentine’s Day: A Day of Romance

Lupercalia survived the initial rise of Christianity[3] but was outlawed—as it was deemed “un-Christian”–at the end of the 5th century, when Pope Gelasius declared February 14 St. Valentine’s Day. It was not until much later, however, that the day became definitively associated with love. During the Middle Ages, it was commonly believed in France and England that February 14 was the beginning of birds’ mating season, which added to the idea that the middle of Valentine’s Day should be a day for romance. The English poet Geoffrey Chaucer[4] was the first to record St. Valentine’s Day as a day of romantic celebration in his 1375 poem “Parliament of Foules,” writing, “For this was sent on Seynt Valentyne’s day / Whan every foul cometh there to choose his mate.”

Valentine greetings were popular as far back as the Middle Ages, though written Valentine’s didn’t begin to appear until after 1400. The oldest known valentine still in existence today was a poem written in 1415 by Charles, Duke of Orleans, to his wife while he was imprisoned in the Tower of London[5] following his capture at the Battle of Agincourt[6]. (The greeting is now part of the manuscript collection of the British Library in London, England.) Several years later, it is believed that King Henry V[7] hired a writer named John Lydgate to compose a valentine note to Catherine of Valois.

By the middle of the 18th, it was common for friends and lovers of all social classes to exchange small tokens of affection or handwritten notes, and by 1900 printed cards began to replace written letters due to improvements in printing technology. Ready-made cards were an easy way for people to express their emotions in a time when direct expression of one’s feelings was discouraged. Cheaper postage rates also contributed to an increase in the popularity of sending Valentine’s Day greetings. 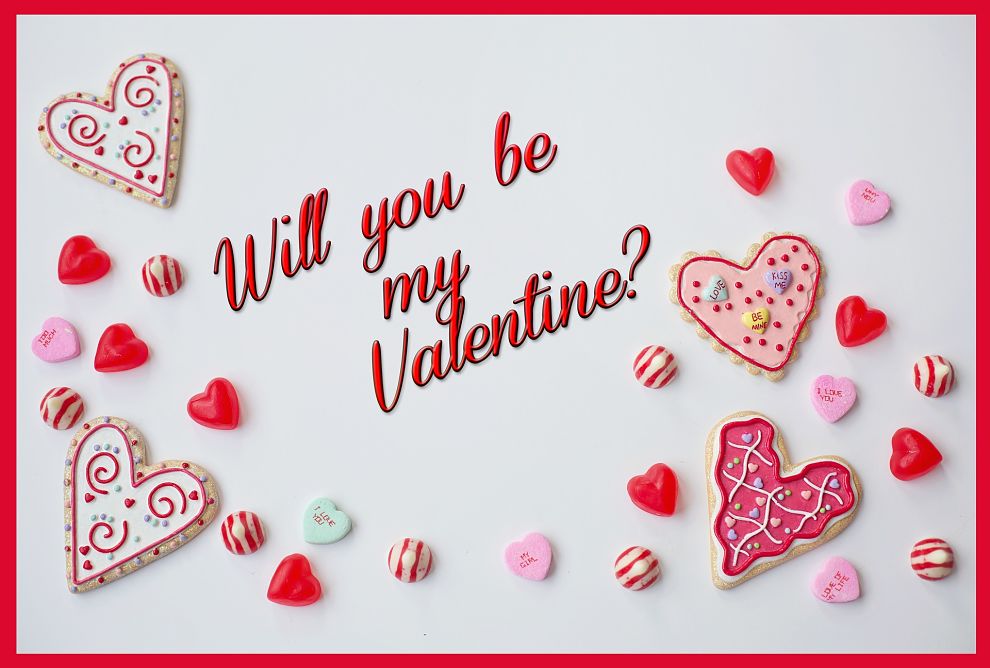 Americans probably began exchanging hand-made valentines in the early 1700s. In the 1840s, Esther A. Howland began selling the first mass-produced valentines in America. Howland, known as the “Mother of the Valentine,” made elaborate creations with real lace, ribbons and colorful pictures known as “scrap.” Today, according to the Greeting Card Association, an estimated 145 million Valentine’s Day cards are sent each year, making Valentine’s Day the second largest card-sending holiday of the year (more cards are sent at Christmas[8]). Women purchase approximately 85 percent of all valentines.