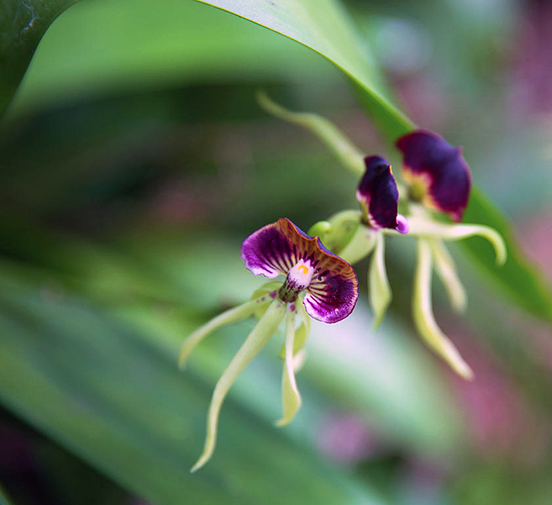 Belize gained independence from the United Kingdom on September 21, 1981. Before independence, Belize went through a democratic process to become a sovereign nation by selecting a national flag and symbols. At that time, Belize already had two established political parties- People’s United Party (PUP) and United Democratic Party (UDP). The national symbols were selected by a bi-partisan committee consisting of members from both political parties.

The Belize flag is red, blue and white. It symbolizes the unity of the nation. At first, the PUP suggested that the flag be blue with a white coat of arms in the middle. However, since the party color for the PUP is blue, the UDP suggested the flag be designed in a way that would unite all citizens regardless of their political affiliation so the National Symbols Committee invited citizens to submit designs for the national flag. The flag’s final design, selected by the Committee, was royal blue with a red stripe on the top and bottom and a coat of arms in white at the middle.

The Belize flag is the only flag in the world that has human beings on it. All other flags have images of inanimate animals.

The Coat of Arms

The Coat of Arms includes a shield which is divided into 3 sections by an inverted Y. The two upper sections contain tools used in the logging industry- a beating axe and paddle in the left section and a squaring axe and saw in the right. The bottom portion of the shield is a ship in full sale on the Caribbean sea.

Supporting the shield are two logwood cutters, one on each side. The one on the left is holding a squaring axe and the one on the right holding a paddle. Atop the shield is a mahogany tree and below it is a scroll with the national motto “Sub Umbra Floreo”, which means “Under the shade I  flourish”. The national flower of Belize is the Black Orchid (Encyclia Cochleatum). The Black Orchid has greenish-yellow petals and sepals with purple blotches near the tip. The main petal on the Black Orchid is shaped like the valve of a clam shell and is deep purple/brown color that is almost black.

The Black Orchid is native to Central America, Colombia, the West Indies, Venezuela and Southern Florida.

The national tree of Belize is the Mahogany Tree. The Mahogany tree is one of the biggest trees in Belize’s rainforest. The tree can grow taller than 100 feet and has huge buttresses at its roots. The Mahogany tree rises high above others with a crown of large green leaves.

Mahogany in Belize was exploited by British settlers from around the middle of the 17th century. Mahogany was originally exported to the UK as squared logs. The “shade” heard in the motto in the Coat of Arms refers to that of the Mahogany tree.

The Mahogany  tree has a straight grain with no pockets or voids. Its trunk has a reddish/brown color which gets darker over time. When it’s polished, it displays a beautiful red sheen. Mahogany is a very popular wood for furniture because it is very easy to work with and durable.

The national bird of Belize is the Keel Billed Toucan. It is most popularly known for its large, brightly colored green bill and vibrant multi-color (green, blue, red, black and orange) feathers.

Toucans are found in open areas with large trees making a frog-like croak. Toucans nest in holes in these trees and feed off of fruits with their serrated-edged bills. These beautiful birds lay two to four eggs at a time and both parents incubate them. Their nesting stage lasts between six to seven weeks.

The large bills of the Toucans can sometimes be as long as half the length of the bird’s body. Despite being so large, the Toucan’s bill is very light and is made of bone struts filled with keratin. Their bill has forward facing serrations that resemble teeth. The national animal of Belize is the Tapir, also known as the Mountain Cow. The Tapir is the largest land mammal in the American tropics. The Tapir is a stout animal with short legs that can weigh as much as 800 pounds. It is normally a dusty brown color with a white trim around the eyes, lips and ears. Occasionally, white patches can be seen on the fur by the throat and chest.

Despite being locally referred to as the Mountain cow, the Tapir bears no relation to a cow. Rather it is more closely related to the horse and rhinoceros.

The Tapir is a vegetarian. It spends most of its time in water and is a very strong swimmer. The Tapir is protected under the wildlife protection laws of Belize which makes hunting for the animal illegal.

The Baird’s Tapir is the Tapir that lives in Belize and one of four Latin American species. The  Baird’s Tapir is known for its distinctive cream-colored marking on its face and throat and the dark spot on each cheek and below the eye. It is the largest land mammal from Mexico to South America and averages 2 meters in length, 1.2 meters in height and up to 880 pounds. They have 4 toes on each front foot and 3 toes on each back foot. The national prayer of Belize was written by Belize’s first prime minister, Hon. George Price. The prayer was adapted from a prayer for the church and civil authorities that was written by archbishop John Carroll in November 1791.

Almighty and Eternal God, who through Jesus Christ has revealed Your Glory to all nations, please protect and preserve Belize, our beloved country.

God of might, wisdom and justice, please assist our Belizean government and people with your Holy Spirit of counsel and fortitude.

Let Your light of divine wisdom direct their plans and endeavors so that with Your help we may attain our just objectives. With Your guidance, may all our endeavors tend to peace, social justice, liberty, national happiness, the increase of industry, sobriety and useful knowledge.

We pray, o God of Mercy, for all of us that we may be blessed in the knowledge and sanctified in the observance of Your most holy law, that we may be preserved in the union and in peace which the world itself cannot give. And, after enjoying the blessings of this life, please admit us, dear Lord, to that eternal reward that You have prepared for those who love You.

The national anthem of Belize is “Land of the Free”. The lyrics were written by Samuel Haynes and music composed by Selwyn Walford Young in 1963. The national anthem was officially adopted on independence day September 21, 1981. It was originally titled “Land of the Gods” but it was later changed due to sensitivity that the word “Gods” would be thought of as unchristian-like.

Land of the Free

O land of the free by the Carib Sea,
Our manhood we pledge to thy liberty!
No tyrants here linger, despots must flee
This tranquil haven of democracy.
The blood of our sires which hallows the sod,
Brought freedom from slavery oppression’s rod,
By the might of truth and the grace of God,
No longer shall we be hewers of wood.

Refrain:
Arise! Ye sons of the Baymen’s clan,
Put on your armour, clear the land!
Drive back the tyrants, let deposts flee-
Land of the free by the Carib Sea!

Nature has blessed thee with wealth untold,
O’er mountains and valleys where prairies roll;
Our fathers, the Baymen, valiant and bold
Drove back the invader; this heritage hold
From proud Rio Hondo to old Sarstoon,
Through coral isle, over blue lagoon;
Keep watch with the angels, the stars and moon;
For freedom comes tomorrow’s noon.