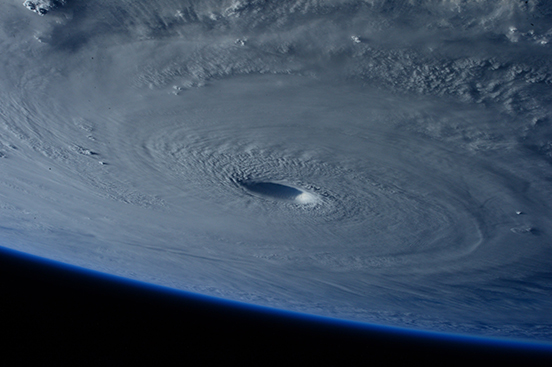 One named tropical system down, potentially 19 more to go? According to AccuWeather’s forecast for the upcoming 2021 Atlantic hurricane season, that could be the case.

As AccuWeather’s team of tropical weather experts, led by veteran meteorologist Dan Kottlowski, predicted in late March, the Atlantic once again popped to life ahead of schedule with the formation of Ana, the first named system of 2021.

This year is the seventh straight year that a named system has formed prior to the official June 1 start date. Ana arrived as a subtropical system early on May 22, about 200 miles northeast of Bermuda. It transitioned into a tropical storm on May 23 and dissipated a day later.

With one storm in the books before Memorial Day, forecasters are expected to have their hands full once again this summer and fall following the historic 2020 season.

The 2020 Atlantic season was like no other. Not only did it produce 30 named storms, the most on record, but the United States suffered 12 direct strikes, smashing the previous record of nine from 1916. Forecasters had to turn to the rarely used Greek alphabet for only the second time in history to name tropical systems.

Kottlowski’s team predicts that the 2021 Atlantic hurricane season will result in 16-20 named storms, including seven to 10 hurricanes. Of the storms projected to reach hurricane strength, three to five are predicted to become major hurricanes (Category 3 or higher storms that have maximum sustained winds of 111 mph or greater).

New research published earlier this year from University of Miami researcher Brian McNoldy found there is a new normal for named tropical systems in the Atlantic based on a 30-year average from 1991 to 2020.

AccuWeather’s forecast, when compared to that 30-year average, indicates that 2021 is expected to be an above-normal season for tropical activity in the Atlantic. A normal season is considered to have 14 storms, seven hurricanes and three major hurricanes. Last year, 14 hurricanes formed, and seven of those reached the major hurricane threshold, and, upon further review, no hurricanes last year reached Category 5 force.

A recent post-season analysis conducted by the National Hurricane Center found that Zeta was a major hurricane at the time it made landfall on Oct. 28. Previously the storm was rated as a Category 2 when it moved onshore in southeastern Louisiana.

The 2020 season is tied with 2005 for the highest number of major hurricanes in a single season.

However, a similar post-season report released by the NHC revealed that Hurricane Iota did not reach Category 5 force as it closed in on Nicaragua in November. The storm was downgraded to Category 4, meaning that the 2020 season, despite its record activity, did not produce a Category 5 hurricane.

In terms of the number of storms that will directly impact the mainland United States, Puerto Rico and the U.S. Virgin Islands in 2021, three to five are expected, according to Kottlowski’s team. The annual average number of direct impacts is 3.5.

“Current indications are this will be another above-normal season,” said Kottlowski, who is in his 45th year of issuing forecasts for AccuWeather. “This can translate into high impacts on the United States.”

To come up with the forecast, Kottlowski and his team examined current weather patterns then studied long-range climate models to make a determination about what will happen during the heart of the season in August, September and early October. There are several key factors that will influence the upcoming season.

One of the determinants for how the season will shape up is the El Niño Southern Oscillation. ENSO is defined as a short-term climate fluctuation that is determined by warming or cooling of the waters in the central and easternPacific Ocean. When the water in the equatorial Pacific is warmer than average, an El Niño is typically declared. When the reverse is true, it’s known as a La Niña.

Since AccuWeather’s initial forecast was released in late March, the National Weather Service’s Climate Prediction Center declared on May 13 that La Niña had ended and ENSO-neutral conditions had returned to the tropical Pacific. ENSO-neutral conditions mean that water temperatures in this part of the Pacific are closer to average.

“Long-range models are still showing ENSO easing back into a weak La Niña pattern sometime during September or October, Kottlowski said in the days leading up to June 1. “If ENSO goes into La Niña faster than expected (like during August or early September), the season could see more than 20 storms. If ENSO were to stay neutral through October, the number of storms could be less than 20.”

But what does the water temperature in part of the Pacific have to do with the Atlantic hurricane season?

During La Niña patterns, wind shear becomes less prevalent in the atmosphere over the Atlantic. Vertical wind shear is one of the biggest inhibitors of development for tropical systems. When there is less wind shear in the atmosphere, storms can develop with less obstruction. La Niña conditions were present during the height of 2020’s prolific season.

If La Niña returns and more than 21 tropical storms develop, there could be a new first for the Atlantic. Previously, if 22 named storms formed in one season, which only happened in two hyperactive years — 2005 and 2020 — Greek letters were used to name tropical cyclones.

The World Meteorological Organization announced in March that a supplemental name list will now be used once the designated list is exhausted.

Troubling signs emerged in the western Atlantic back in the spring. According to Kottlowski, sea-surface temperatures were above normal in the northern and central Gulf of Mexico. Waters in much of the Caribbean and tropical Atlantic are also warmer than normal or around normal.

Water temperatures as of late May have dropped a bit around parts of the southwestern Atlantic, including in parts of the Gulf of Mexico and along Florida’s Atlantic coast. Despite the cooler waters, meteorologists expect sea-surface temperatures to gradually increase back to levels above average during the summer, and this will lead to more favorable conditions for tropical development.

“However, areas like the Gulf of Mexico and those areas near the Gulf Stream current near the southeast U.S. coast will easily warm back to normal, then above-normal levels during the summer,” he said.

SSTs were above normal for the entirety of the 2020 tropical season.

Including 2021, eight Atlantic hurricane seasons since 2010 have had at least one storm form before the June 1 start date. The last season without any preseason tropical development was 2014.

Because of this trend of frequent preseason storms, the National Hurricane Center is considering moving the official start date to May 15 in future years.

The high end of AccuWeather’s forecast for direct strikes on the United States is five this year. In 2020, five land-falling storms struck Louisiana alone. In fact, southwestern Louisiana was the site of nearly identical landfalls from Category 4 Hurricane Laura in August and Category 2 Hurricane Delta in October.

The Gulf Coast was a frequent target last year, with a barrage of storms unloading on areas from southern Texas to northern Florida. One of the reasons storms kept churning into the Gulf of Mexico was the strength and position of the Bermuda high. This high-pressure area was strong last year and helped force more storms away from the Eastern Seaboard and into the Caribbean and the Gulf of Mexico.

This season, AccuWeather meteorologists believe the Bermuda high will not maintain its strength as frequently as it did in 2020, and they don’t expect it to dig as far south into the Gulf of Mexico and Caribbean. This will promote a greater chance for storms to recurve through the western Atlantic and toward the Eastern Seaboard, Kottlowski said.

Recurving storms in the Atlantic have a greater chance of impacting the East Coast, whether through higher-than-normal surf or landfalls along the coastline, he explained.

Analog years serve as another data point to reference when piecing together a forecast for an entire hurricane season. Analog years are past years that have weather similar to current and projected weather patterns. Forecasters will often use analog years as a way to determine future trends and predict which parts of the United States could have a high risk.

Several past hurricane seasons that the forecasters studied when generating this forecast were 1996, 2001 and 2012. Based on climate data from those years and similar seasons, the areas at greatest risk for direct impacts from hurricanes or tropical storms are the western and northern Gulf of Mexico, all of Florida and along the North Carolina coast, AccuWeather meteorologists say.

Superstorm Sandy caused billions of dollars in damage and killed more than 145 when it slammed into the East Coast in late October of 2012.

Hurricanes often form in the far eastern Atlantic after tropical waves that float across Africa emerge over the open waters of the Atlantic and quickly strengthen into more robust storms. A normal to above-normal number of tropical waves is predicted to develop off the African coast this season, due to a weather influencer known as the African easterly jet, which consists of strong low to mid-level winds in the atmosphere over central Africa.

Development is often hindered earlier in tropical seasons due to the presence of dry air and dust that make their way over the open Atlantic from the Sahara Desert. That is expected to be the case in 2021, as well, Kottlowski said. However, by the peak of the season, the dry air and dust will become less common, which should allow for more tropical development.

Large dust plumes were observed by NOAA satellites off the coast of African and over the Atlantic earlier this month.

Following the formation of Ana, the Atlantic turned quiet once again. This is due to the result of moderate to strong wind shear across much of the basin, according to AccuWeather senior meteorologist Rob Miller. “In addition, dry, dusty air can be found stretching across much of the Atlantic from the west coast of Africa to the Caribbean Sea,” Miller said.

Accumulated Cyclone Energy is a metric meteorologists use to determine how intense the year is for a particular tropical basin. Although 2020 was busier than any other season on record, it wasn’t the most intense hurricane season. It produced an ACE value of 182, which is less than the 2017 season’s total of 225 and the whopping 245 from the 2005 season, according to records kept by Colorado State University researchers.

For 2021, AccuWeather forecasters expect a slightly above-normal season when it comes to intensity. An ACE value of 120-160 is predicted. The 30-year average for Atlantic seasons is 123.

While the tropical cyclone season is about to begin, there is still time for residents of hurricane-prone regions to formulate a hurricane safety plan and study up on evacuation routes and nearby shelters before the season escalates. The peak of the Atlantic season occurs from mid-August to the end of September.

It doesn’t take a major hurricane to cause life-altering damage to a person’s property. Even a slow-moving tropical storm has the potential to dump feet of rain and trigger life-threatening flooding.

The season doesn’t officially end until Nov. 30 and 2020 is a good reminder of that. Hurricanes Delta and Zeta struck the Louisiana coast last October. However, tropical activity persisted all the way into mid-November last season, as Central America was struck by two major hurricanes, Eta and Iota, within two weeks.

“Please educate yourself now,” Kottlowski said when asked what message was important to convey to people living in hurricane-prone locations. “The time is now for you to plan.”