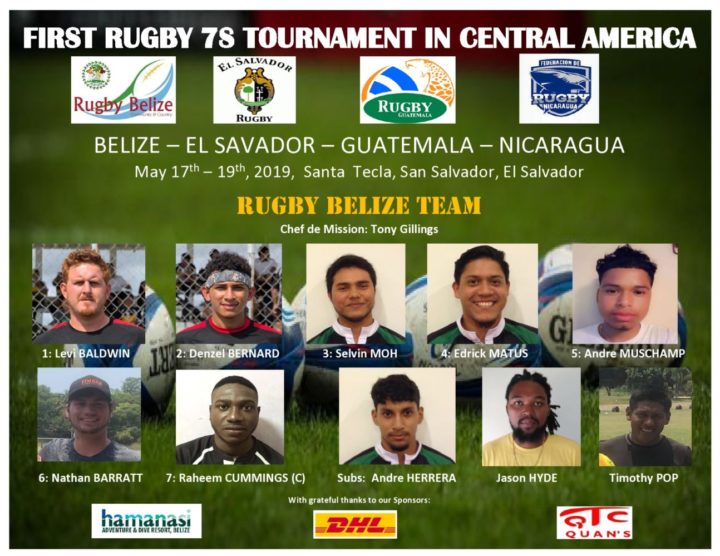 Belize’s first national rugby team was founded on November 9, 2018. The team has made great progress in their level of competition, and they are ready to participate in the first historic Central American Rugby 7s Tournament, which will be held on May 18, 2019, in San Salvador. Belize has had an official rugby team since 2015; the sport has gained increasing popularity, and now there are seven rugby teams in the region: San Pedro, Hopkins, San Ignacio, Ladyvillle, Belmopan, Orange Walk, and Belize City.

The team will be playing against teams from El Salvador, Guatemala, and Nicaragua, and it is expected to give impressive results based on the quality of game they have been playing. This event will also mark the formation of the Central American Rugby 7s Union, which will be launched by the presidents from the seven Central American countries. The Rugby 7s tournaments will be rotating annually in all the member countries.

Tony Gillings, the founder of Rugby Belize, has played a huge role in expanding the rugby game in Belize, and this has resulted in the formation of the seven teams in the region. The national team is comprised of players from those respective teams, and therefore, the national team is expected to yield good results in this competition.

Rugby is rather new in Belize, but it has gained popularity very quickly and the progress is notable. The game was first played in Belize by British soldiers, and at this time, no Belizean was involved. The British soldiers influenced the region because it was England’s former colony.

The rules and regulations of the game as well as the size of the field for both the Rugby 7s and the regular rugby game are the same, but there are a number of differences that set them apart, including the following:

Rugby games are also popular for the players’ aggression, which requires them to be in good shape and to have energy all the time. Players can enhance their levels of energy by using steroids to supplement their diet and workouts. They can purchase the steroids online from reliable vendors, such as 120kgs.

The team played its first international match against BATSUB Sailfish RFC in November 2018. Although they lost to BATSUB with a final score of 3 to 2, the Belizean team put up a good fight, especially considering that they were a new team playing against a well experienced one.