Fun Facts About The Country Of Belize 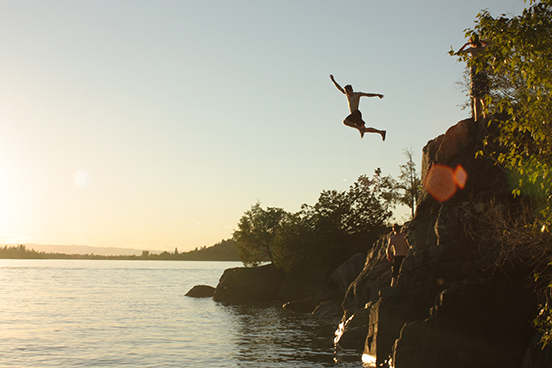 Every country has its fair share of idiosyncrasies – strange, out-of-date laws; local legends; unique traditions, a rich history, and more. Belize is no exception and there are quite a few interesting (and surprising) factoids lying beneath the country’s crystal clear ocean waters.

Home to the Great Blue Hole

This fact isn’t exactly obscure, but it is fascinating. The Great Blue Hole is what its name suggests – a huge sinkhole in the ocean off the coast of Belize. It measures 318 m across and 124 m deep and has been around for hundreds of thousands of years. It was formed in a period when that part of the landscape was above water and has been endorsed by Discovery Channel as number one on the list of “10 Most Amazing Places on Earth”.

Many countries have beliefs about what brings good or bad luck, and in Belize, it’s said that swimming on Good Friday will bring you bad luck and transform you into a mermaid. It’s unclear what the origin of this belief is but it does a good job of keeping would-be swimmers on land.

Belize has its own Bigfoot

Just like Bigfoot or Sasquatch, Belize’s El Sisimito is a huge creature similar to a man but with fur. Other features of this being include an ape-like face, absence of thumbs, no knees and backwards-facing feet. In Belize it is believed that looking El Sisimito in the eyes can bring either death or longevity – that is, if you survive (it’s also thought he devours humans).

Home of the world’s only jaguar nature preserve

There are a number of big cat species that are indigenous in Belize and its surrounds. Belize is ahead of the curve in terms of protecting these animals, as they have the only jaguar-specific nature sanctuary in the world. Cockscomb Basin Wildlife Sanctuary covers around 400 square km and was established over 30 years ago to preserve jaguars.

Belize has managed to save itself from the “invasion” of fast-food chains such as McDonald’s, KFC, and Burger King. It hasn’t gone as far as to ban McDonald’s like Bermuda or Iceland, but most people are very happy to preserve local food culture and avoid the “Americanisation” that comes with those franchises. If you feel like fast fun, visit this website instead!

There are dozens of archaeological sites in Belize dating back to 2000 BC and showing the path of the Mayan civilization through the centuries. The locations include Caracol, the center of one of Maya’s kingdoms, and Cerros, one of the earliest sites discovered. Incidentally, Belize’s tallest building is actually a Mayan temple.

To be fair, the rodent eaten by the British Queen when she visited Belize in 1985 was not a rat as such but a gibnut – a larger nocturnal rodent considered as bush meat.

There are many more interesting nuggets of information about this nation and it’s definitely worth taking the time to read up on them all.