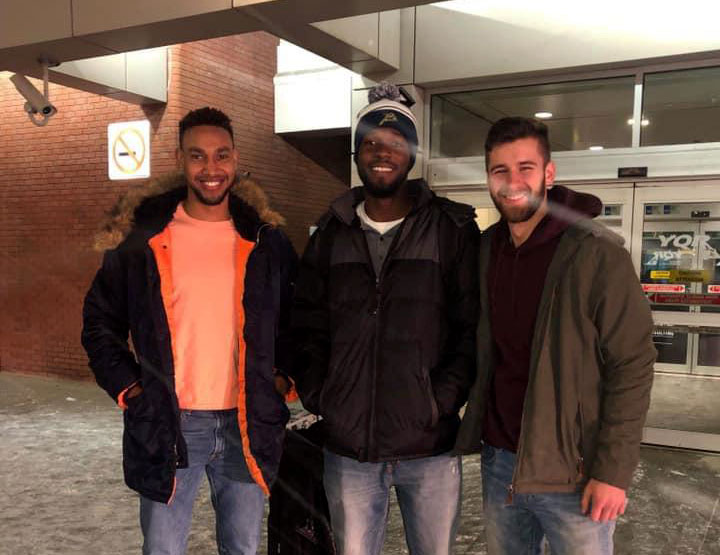 We would like to take this opportunity to send big congratulations to one of the founders of BK Volleyball Foundation Mr. Bryton Codd on winning the ACAC South Rookie of the Year Award. Bryton spearheaded a fast paced Briercrest attack to a playoff spot in the tougher South Division in the ACAC! He finished the season with a monster stat line of 352.5 points on 290 kills, 46 aces and 16.5 blocks.

While Bryton was just edged out for the All-ACAC Conference Team by Dax Whitehead from Lethbridge College (Bryton outperformed him significantly), he still considered the regular season of year one a success, stating that “I came to Canada with two goals in mind, 1) to become a much better player than I was when I got here and 2) to open doors for my fellow athletes and inspire them to reach their full athletic potential.” With a year of growth in Canada, Bryton should enter the conversation for best all-around player in Central America outside of the feared Andy Leonardo from Guatemala. In summing up the experience so far at Briercrest, Bryton explained that “the move to Canada has exposed him to higher level competition that has pushed him to work harder and smarter as a player to take on the challenges. Adjusting to the cold became the easy part once the playoffs were in sight, as we (Briercrest) made an enormous push down the stretch to get in during the final week.”

Bryton and Karym (pictured on the right hand side with Bryton) are set to take on the number 1 team from the North Division, Keyano College.