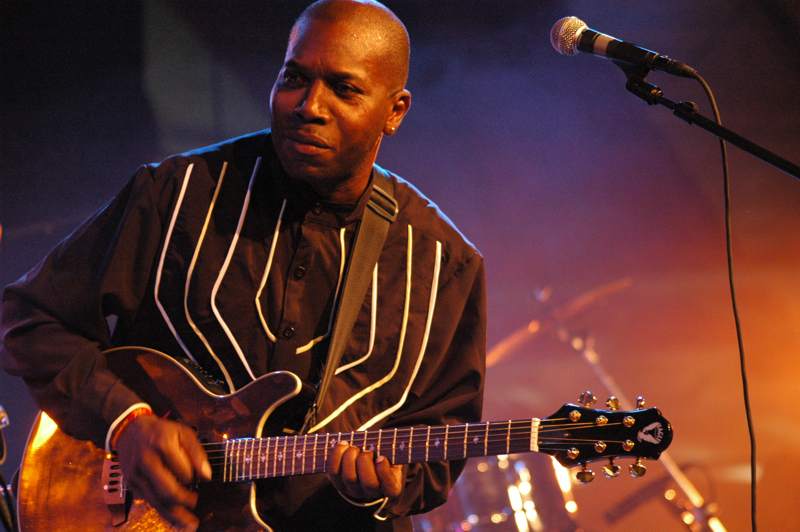 Today would have been the 60th birthday of Belize’s musical legend – Andy Palacio.

Andy Palacio put Belize on the map and made a permanent mark on the international music scene with his award-winning album Watina. Throughout his career, he was awarded two prestigious international awards – “Best New Artist” at the Caribbean Music Awards in 1991 and “World Music Award” at the BBC3 Awards in 2008.

Andy Palacio’s life mission was the preservation of the Garifuna culture and language. He put that mission to the forefront through his music.

He first started out in the popular Punta Rock genre which is an upbeat Garifuna dance music that is infused with synthetic beats and keyboards. However later on he realized that the Punta Rock genre wasn’t for him and that he needed to make music in a form that would keep his Garifuna Heritage alive.

In an interview for Stonetree Records, Andy Palacio speaks of cringing when he looked back at the samplers, sequencers, and instrumentals he was working with in the mid-’90s, adding that he didn’t want to be devoid of technology and become a slave to it.  This is why Palacio ensured that the tracks off the Watina album would be filled with messages and symbolism that speak to the need for the Garifuna people and the need to celebrate the culture. He wanted to create songs that were very different than the popular dance-oriented Punta and Paranda music.

Although he’s been gone for more than 12 years (January 19, 2020, marked the 12th year anniversary of his passing), Andy Palacio surely lives on through his music at home in Belize and abroad.