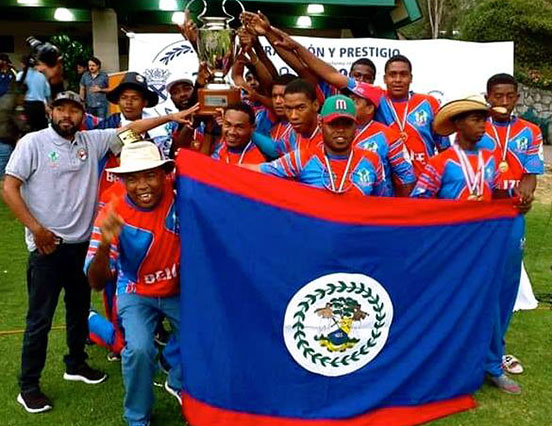 Congratulations are in order for Belizean cricket athletes as they become the Central American Cricket Champions!

The five participating teams were the national sides of Belize, Costa Rica, Mexico and Panama, as well as a side representing the MCC. The matches were played at the Reforma Athletic Club in the city of Naucalpan, just to the northwest of Mexico City. MCC were the defending champions, but were defeated by five wickets in the final by Belize.

The Belize team was comprised of: