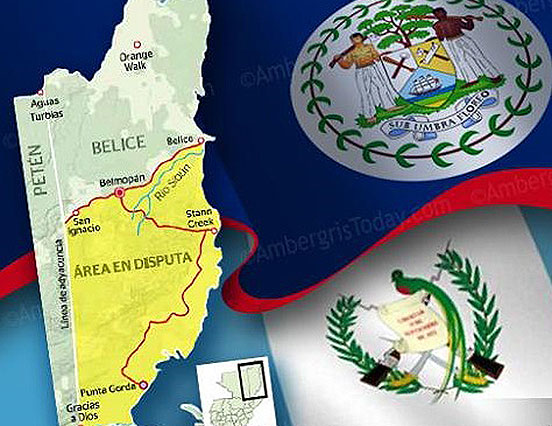 In March 2000, the governments of Belize and Guatemala restarted talks on their longstanding territorial differendum, under the auspices of the Secretary General of the Organization of American States. On November 8, 2000, Belize and Guatemala signed the first Agreement on Confidence Building Measures, through which the two parties agreed to respect an “Adjacency Line” between each country and an “Adjacency Zone” extending one kilometer east and west from this line. On February 7, 2003, the Foreign Ministers of Belize and Guatemala signed a second Agreement to Establish a Transition Process and Confidence-Building Measures, which was later amended in September 2005 through “Agreement on a Framework for Negotiations and Confidence-Building Measures between Belize and Guatemala”. Central to the second agreement was the establishment of the OAS Office in the Adjacency Zone for the purpose of fostering community-to-community contacts across the Adjacency Line and verifying any transgression of the established confidence-building measures and any incidents which may occur in that Zone. The Agreement also called for the establishment of a Group of Friends of the Belize-Guatemala Transition Process (the “Group of Friends”), consisting of OAS Member and Observer States, and others interested in supporting a peaceful resolution to the territorial differendum. The Group of Friends acts as an advisory body to the Secretary General and provides political and operational support for undertaking the various activities contemplated under the agreement on confidence-building measures in force.

Following signature of the 2005 Agreement, two ministerial meetings took place. At the second such meeting, in February 2006, the Secretary General proposed that the negotiation process concerning the territorial differendum begin with the maritime zone. For this aspect of the differendum, the Government of Honduras was invited to participate. A Negotiating Group was formed, which met on several occasions at both the ministerial and technical level, coordinated and facilitated by the Secretary General’s Special Representative. Unfortunately, after almost two years of negotiations, in which a certain degree of rapprochement was achieved, the Parties failed to reach an agreement. The Secretary General therefore recommended that the most appropriate venue for resolving the differendum would be the International Court of Justice. Both countries assented and on December 8, 2008, the Foreign Ministers of Belize and Guatemala signed, at OAS headquarters, the “Special Agreement between Guatemala and Belize to submit the territorial, insular and maritime claim of Guatemala to the International Court of Justice.”

On April 27, 2012, the Ministers of Foreign Affairs of Belize and Guatemala met with the OAS Secretary General in Washington, D.C., and agreed that the simultaneous referenda to submit Guatemala’s claim to the International Court of Justice would be held on Sunday, October 6, 2013. On that occasion, both governments requested the support of the General Secretariat for the education and sensitization campaigns that will be launched to inform the people of both Belize and Guatemala about the up coming differendum process as well as the advantages of submitting the dispute to the ICJ and the disadvantage if it is not submitted.

The final decision to take the case to the ICJ must be confirmed through national referenda in both countries. Following a failed attempt at holding the referenda in 2013, the countries agreed to create the appropriate conditions so that a new date for holding the referenda could be fixed. To this end, on January 24th, 2014, the Foreign Ministers of Belize and Guatemala, together with the Secretary General of the OAS, signed the Roadmap Agreement for Strengthening Bilateral Relations and established the Belize- Guatemala Joint Commission to explore and develop projects and programs between the two countries, with the goal of strengthening the ties of friendship and cooperation between them. The objective of the Road Map was to disengage the issue of the differendum from the urgent need to consolidate the bilateral relationship for the sake of regional cooperation and integration. Under this framework, sixteen bilateral agreements (thirteen formal and three informal) were negotiated and dozens of bilateral meetings among different sectors of society took place. This was a historic step that was accomplished within less than 12 months, which culminated in December 2014. For the first time in history, Belize and Guatemala sat down to normalize their good neighborly relations by formalizing how they will work together in the future on a vast number of issues of common interest and concern. The success of these efforts was key to continue to move the process forward. As a result, on May 25, 2015 the Foreign Ministers of Belize and Guatemala signed the Protocol to the Special Agreement with the OAS Secretary General as witness. This Protocol enables Belize and Guatemala to hold the referenda either simultaneously or separately on the date that is more convenient to each of the Parties.

Thanks to the support of the OAS through the Peace Fund, Belize and Guatemala are closer than ever to finding a permanent solution to their centuries-old conflict.