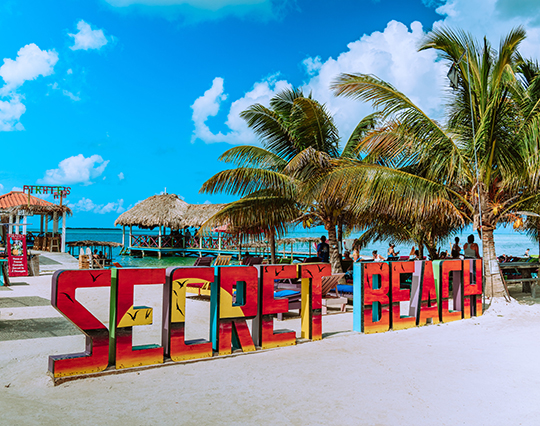 Belize is a tropical country tucked on the eastern coast of Central America and is known for its majestic mountains, exquisitely clear beaches, and sunny weather. Like many other countries around the world, Belize is a bucket list destination that has several popular tourist attractions that are a must-see when traveling to the coastal country.

If you are fascinated by mysterious natural phenomena, you should have a look at the Great Blue Hole situated a few miles from the coast of Belize. This massive underwater sink water hole is one of the largest of its kind. It was declared a World Heritage Site by UNESCO, along with its surrounding areas on the coast in 1996. The Hole is so remarkable that it remains one of the world’s most distinguished scuba sites.

If you are a tourist that enjoys experiencing zoos from various countries, the Belize zoo is a must-visit. The zoo is 29 acres, making it relatively small compared to its counterparts, however, it boasts numerous animals of which some are only native to central America. The Belize zoo is a perfect outing for families with children because it’s filled with great activities especially created for the young. The zoo also consists of numerous accommodations ranging from cabanas, dorms, guest houses, and cabins. Other zoo activities include Sibun river canoe trips, savanna nature trails, and nocturnal zoo tours.

Jaguars are the largest cats native to the Americas and in Belize, these magnificent creatures have a monopoly over their land. The best place to catch a glimpse of these beautiful creatures is at the Cockscomb Basin Wildlife Sanctuary. The Sanctuary was founded in the 1980s with the aim of protecting endangered species native to Belize. The sanctuary has also welcomed a number of other species including pumas, otters, and native birds. If you happen to be an avid hiker, the sanctuary has some trails to explore too.

Located along the west bank of the New River Lagoon, Lamanai is one of the oldest inhabited archaeological zones in the Mayan World. The archaeological park is the second largest site in Belize, covering about 860 acres/384 hectares. The word Lamanai means submerged crocodile in Mayan and the name is fitting because what you will encounter at the site are some artifacts depicting representations of crocodiles along with some other interesting pieces of history to marvel at.

About 20 miles north of Belize City, lies Caye Caulker, a 4-mile island with sunny beaches that are known for its hidden snorkeling and scuba diving spots. The island remains mostly unoccupied by the locals, and as for tourists, they prefer to visit the restaurants and shops located at the northern tip of the island. Other water activities available at the Caye Caulker Island include sailing, kayaking, and fishing.

Belize has many other amazing tourist attractions that will resonate with different types of people who love everything from seeing the sights to playing at grandrush.com. Whether you enjoy nature, water, shopping, eating, or site-seeing, Belize offers everything and more. Spoil yourself on your next holiday trip and visit Belize to experience a thrilling tropical adventure.