Zika: What You Need to Know 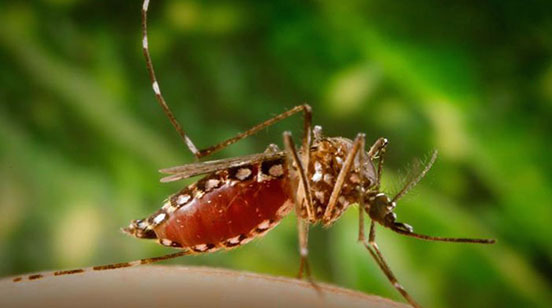 Much has been written and said of the mosquito-borne Zika virus in recent days, both noise and signal. But how is Zika relevant to the Caribbean traveler? That’s why we’re here to explain — both what you need to know about the virus and how you can avoid it.

First, Zika is generally transmitted to humans through bites from Aedes mosquitos, which often live around buildings in urban areas and are usually active during daylight hours, with peak biting activity occurs in early mornings and late afternoons, according to the World Health Organization.

The most common symptoms of the virus are fever, rash, joint pain and conjunctivitis, although around 80 percent of people who contract the virus through a mosquito bite exhibit no symptoms.

If you get it, the illness is usually mild, with symptoms lasting from several days to a week. Hospitalization is uncommon, according to the CDC. There is no commercial vaccine or specific antiviral drug treatment for Zika virus infection.

Now, the biggest issue, and the one that has caused the most panic, is that the outbreak of Zika in Brazil led to a possible connection between contraction of Zika and to pregnant women giving birth to babies with birth defects like microcephaly (babies born with smaller heads) or poor pregnancy outcomes and to a possible link to Guillain-Barre syndrome, a muscle-weakness disorder, although both links remain the subject of research.

The former has led to advisories for pregnant women traveling to the Americas.

So where is Zika?

The Zika outbreak has been concentrated in Brazil and South America, with Brazil the leader with around 1.5 million suspected cases.

Thus far, there have been few cases in the Caribbean, scattered in nine countries and territories, and the majority of the 200 total suspected cases in the Dominican Republic and Puerto Rico.

“It is recommended that pregnant women and those considering becoming pregnant discuss their travel plans with their health care provider to assess their risk and consider postponing travel to areas where the Zika virus is circulating in the Americas,” Canada’s public health agency said.

And if you travel to the Caribbean, just like if you travel anywhere, be careful — there are easy steps to reduce the risk of mosquito bites, from repellent with DEET, Picaridin, oil of lemon eucalyptus (OLE) or IR3535  to mosquito repellent clothing and wearing long sleeves where possible.

And finally, what is the Caribbean doing about it?

Well, the Caribbean Tourism Organization and the Caribbean Hotel and Tourism Association are urging all of the region’s countries to “diligently work to control the mosquito population.”

“We are in communication with our respective stakeholders and are observing national, regional and international health protocols in dealing with mosquito-borne viral diseases which can be found in tropical countries as well as the warmer regions of the U.S.,” said Hugh Riley, Secretary General of the CTO.

And don’t forget, the Chikungunya virus that worried travelers in 2014 has been significantly controlled in most respects in the Caribbean, offering hope for the region’s ability to control a potential Zika expansion.

“An aggressive vector control program by hotels and governments is essential as is public awareness and training directed towards employees, businesses and governments,” said Frank Comito, Director General and CEO of CHTA, which has also been advising the region and travelers on the issue.