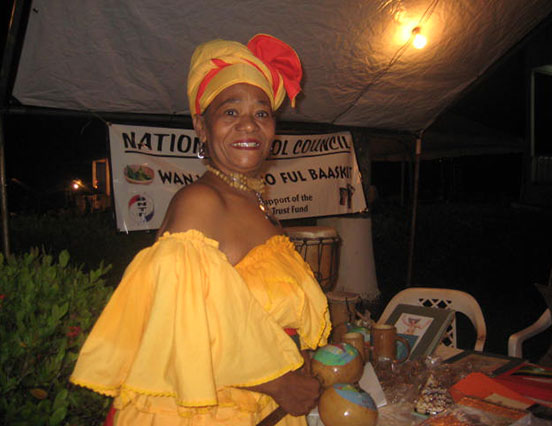 Ms. Leela, as she was affectionately known among Belizeans, had been ailing due to kidney complications and was hospitalized in the intensive care unit at the Karl Heusner Memorial Hospital.

The Punta Gords native changed the face of the Creole culture in Belize with her colorful costumes and left a mark on the world with her hit, “Creole Culture”. She has garnered the hearts of Belizeans at home and abroad with hits like, “Call the Police” and “Titi Wap”.

Ms. Leela was also the vice-president and founder of the National Creole Council, and even translated the Belize National Anthem into Creole.

Ms. Leela will be sadly missed and remembered for her invaluable contributions to the Creole Culture in Belize. May she rest in peace and rise in glory.

For those wishing to pay their respects to the Musical Legend, here’s the official release of events for Ms. Leela. 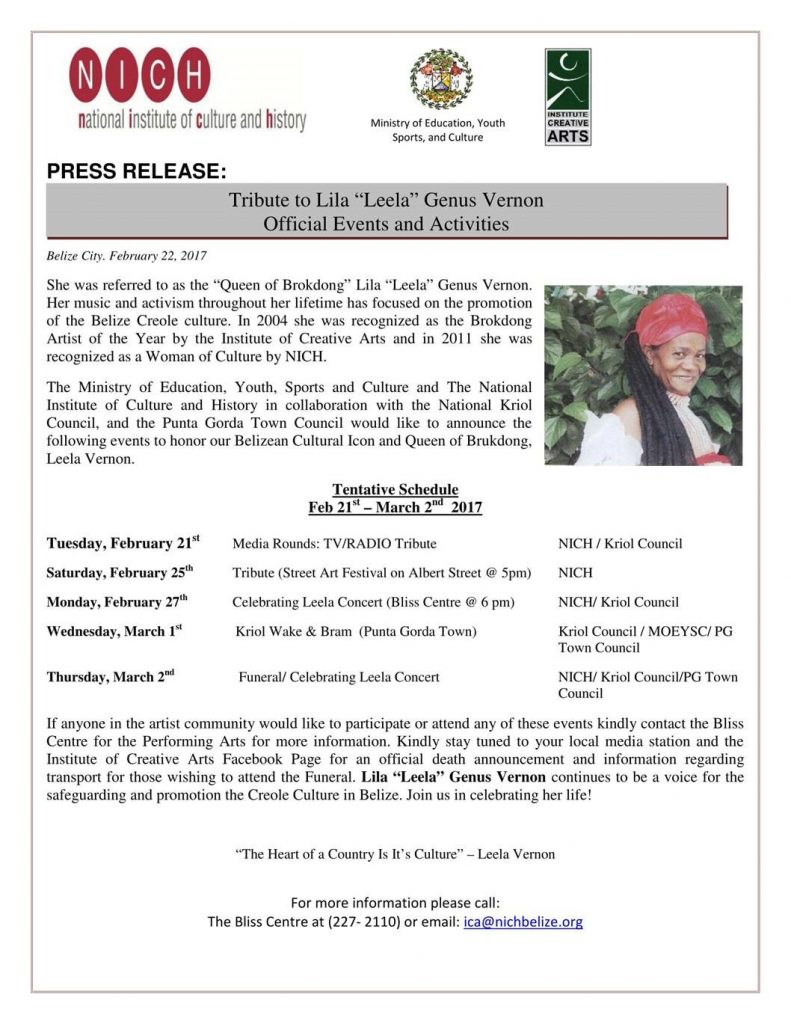